Society and Culture
The recent act of kindness by NYPD officer Lawrence Primo towards a homeless man on November 14 in Times Square has captured the attention of New York City's inhabitants.  This act underscored for many that there are still good people in the world.  Such acts of  kindness and compassion come as no surprise to me.  I have not lost faith in humanity.  We are capable of  performing the worst acts, but we are also capable of performing the best acts.  I would like to believe that in our world more acts of kindness and benevolence are performed than we imagine, many unheralded and unsung.  But while the police officer's act puts in the spotlight humanity at its best, the condition of the homeless man puts into bold relief the plight of the homeless.  There are many homeless men, women, and children roaming the streets of New York City and the streets of others towns and cities around the world.  We must do much more than just give those we encounter a pair of shoes, a dollar, a sandwich, or other things that might alleviate their situation for the moment. 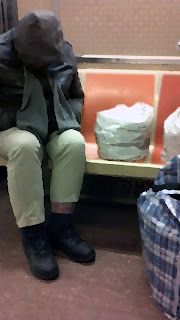 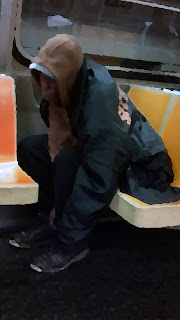 Posted by Ric Couchmam at 3:32:00 PM
Email ThisBlogThis!Share to TwitterShare to FacebookShare to Pinterest