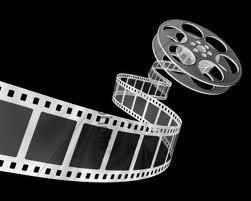 I saw this documentary recently. What a film! The narrator has to come to terms with the eventual discovery that his grandparents had consorted with a high-level Nazi official between the two World Wars and also after the Second World War.  Further, he cannot understand why his mother, once she becomes aware of this association, seems non-conflicted and unmoved about it.  This story reminds me of Sophocles’ Oedipus, who in his relentless search for knowledge eventually finds out things that should perhaps have been left unknown.  The information that the narrator of the documentary finds out has devastating emotional consequences for both his family, as well as for the daughter of the Nazi official.  This was certainly a thought-provoking film.

Posted by Ric Couchmam at 3:57:00 PM
Email ThisBlogThis!Share to TwitterShare to FacebookShare to Pinterest