The Dispossession of the Occupy Movement 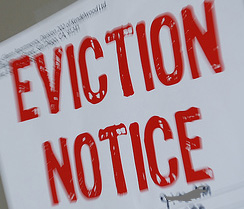 September 17, 2011 saw the beginning of a protest in New York City which received wide coverage around the world. It became known as Occupy Wall Street.  It was a protest against social and economic inequality, with its primary goal being to take on the power relations and economic structure in society.  It was a movement that spoke for many, giving voice to the voiceless.  There was a sense of hope in the air, a feeling that finally the power structures will now be forced to take notice of us, the 99%.  We felt empowered.  There was an air of optimism, an arousal of hope.  But sadly, by the end of 2011, most of the major protest camps were cleared by law enforcement authorities.  It was the beginning of the demise of the Occupy Wall Street movement.  As quickly as it had begun, the movement petered out into insignificance, losing its voice and becoming relegated to merely another of many humanitarian movements and left with nothing more than to "occupy" Sandy (helping those severely affected by hurricane Sandy).

Posted by Ric Couchmam at 4:14:00 PM
Email ThisBlogThis!Share to TwitterShare to FacebookShare to Pinterest