By my daughter, Kara 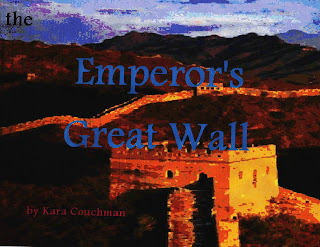 The Emperor's Wall
by
Kara Couchman 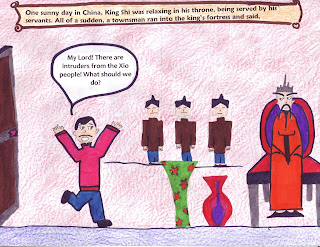 One sunny day in China, Emperor Shi was relaxing on his throne, being served by his servants.  All of a sudden, a townsman ran into the Emperor's fortress and said,

"My Lord there are the intruders from the Xio people.  What should we do?" 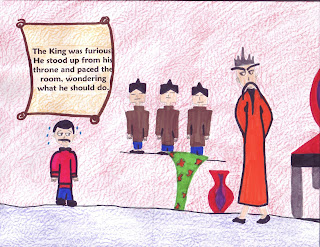 The Emperor was furious.  He stood up from his throne and paced the room, wondering what he  should do. 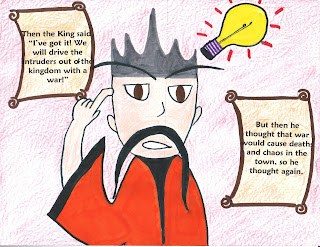 Then the Emperor said,


"I've got it!  We will drive the intruders out of the kingdom with a war."
But then he thought that war would cause death and chaos in the town, so he thought again. 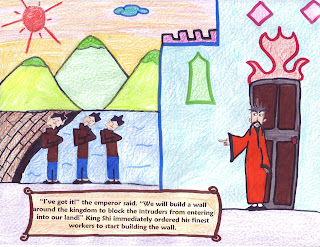 "We will build a wall around the kingdom to block the intruders from entering into our land!" 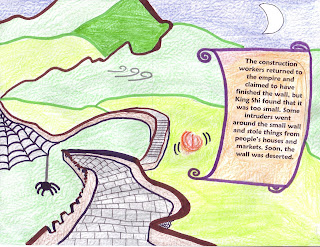 The construction workers returned to the empire and claimed to have finished the wall, but Emperor Shi found that it was too small.  Some intruders went around the small wall and stole things from people's houses and markets.  Soon the wall was deserted. 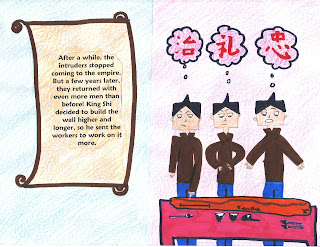 After a while the intruders stopped coming to the empire.  But a few years later, they returned with even more men than before.  Emperor Shi decided to build the wall higher and longer, so he sent the workers to work on it more. 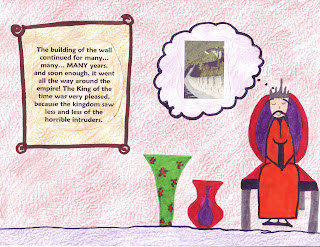 The building of the wall continued for many...many...MANY years, and soon  enough, it went all the way around the empire.  The Emperor of the time was very pleased because the kingdom saw less and less of the horrible intruders. 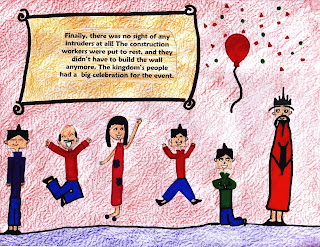 Finally, there was no sight of any intruders at all!  The construction workers were put to rest, and they didn't have to build the wall anymore.  The kingdom's people had a big celebration for the event. 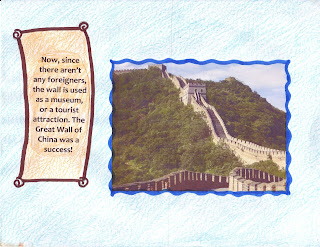 Now, since there aren't any foreigners, the wall is used as a museum, or a tourist attraction.  The Great Wall of China was a success!


Posted by Ric Couchmam at 9:37:00 PM
Email ThisBlogThis!Share to TwitterShare to FacebookShare to Pinterest