The Palestinian-Israeli Conflict Front and Center 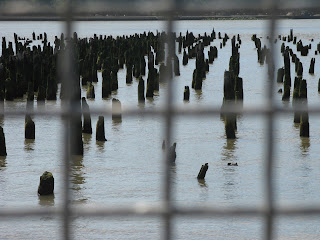 The Palestinian militant organization, Hamas, must take responsibility for the deaths of Israeli civilians caused by its rocket attacks, and similarly, the Israeli military must be held accountable for the civilian deaths in Gaza from its bombardment and air assaults.  Hamas must understand that violence against Israeli civilians will not help its cause of liberation for the Palestinian people from Israel's occupation.  Likewise, the Israeli government must understand that disproportionate attacks on Gaza will further alienate Israel in the international community.  There must be a better way to solve the problem between the Palestinians and the Israelis.  Violence against Israeli citizens will continue to breed animosity and hatred.  The illegal occupation of Palestinian territories and refusing the Palestinians' right to self-determination will also breed hatred and animosity.  Further, the United States cannot be an effective arbitrator in this conflict, for it provides arms to the Israeli government and refuses to speak out against its unjust policies towards the Palestinian people.  Governments of other nations should not only take the Hamas militants to task for attacks on Israeli citizens, but they must also raise their voices in protest against Israel's unjust occupation of Gaza, East Jerusalem, and the West Bank.

[Photographic Art by Ric Couchman]
Posted by Ric Couchmam at 4:00:00 PM
Email ThisBlogThis!Share to TwitterShare to FacebookShare to Pinterest