The Story of Death 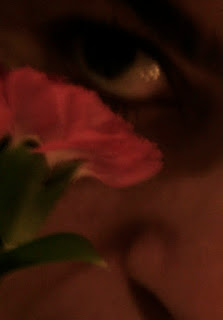 In the Mahabharata, Death is a beautiful woman with red eyes, dark-tanned skin, and wearing brilliant earrings and armbands.  Death is asked by Lord Brahma to kill human-kind  because Earth, in pain, had complained to Him that she could no longer bear the burden of humanity.  Brahma was ready to rain the fire of His wrath upon them, but Lord Shiva intervened, pleading for Him to show mercy to His creation.  It was then that Brahma sought out Death to "kill all creatures, including idiots and priests."

Death thought that it was cruel of Brahma to want to destroy His creation, and so she ran away from him.  For one hundred trillion, two hundred seventy-seven billion and eight thousand years Death wandered the Earth without taking any life.

Brahma again approached Death who told Him that she would never kill for Him.  In the end Brahma decided that He would place greed, anger, malice, shame, jealousy, passion, disease, and war among human-kind, and that in the end they will kill themselves.  All He wanted Death to do was to greet them well at their hour.

I have two response to this: 1) Only the foolish will weep over what none can avoid.  2) At least when my hour comes there is a beautiful woman waiting to greet me :-)

[Photographic Art by Ric Couchman]
Posted by Ric Couchmam at 7:38:00 PM
Email ThisBlogThis!Share to TwitterShare to FacebookShare to Pinterest