A U.N. Disaster That We Hardly Hear About 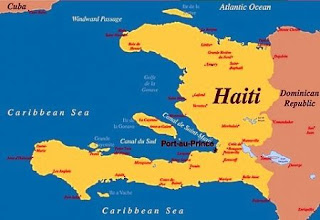 Poor Haiti. That country can't seem to catch a break. And what is more is that it is just a stone's throw away from the richest country in the world. Three years ago it was struck by an earthquake that took over 40,000 lives. Then a year later, there were reports of cholera outbreak, caused by significant breaches in that country's water, sanitation, and hygiene infrastructure. Since then there have been approximately 300,000 reported cases of cholera and over 5,000 deaths. Cholera is an acute, diarrheal illness caused by an infection in the intestine. In severe cases, it can cause serious vomiting and diarrhea, which lead to rapid loss of body fluids, dehydration, and shock. If it is not treated immediately, death can occur within hours. Now where does the UN figure in this outbreak in Haiti? It is strongly believed that fecal waters (from the camp of Nepalese soldiers attached to the UN Stabilization Mission in Haiti) were draining into the same river from which the nearby townspeople were getting their drinking water, thus causing the outbreak. This has become a national emergency in Haiti. The United Nations has denied responsibility despite conclusive forensic and scientific evidence and is currently dragging its feet in effectively taking care of the crisis, while the situation appears to be getting worse. Recently, film director, Oliver Stone, initiated a petition to mobilize support for putting pressure on the UN to act decisively on this problem.

Posted by Ric Couchmam at 2:41:00 PM
Email ThisBlogThis!Share to TwitterShare to FacebookShare to Pinterest