Sacrifice My Own Child!! You've Got To Be Kidding Me!! 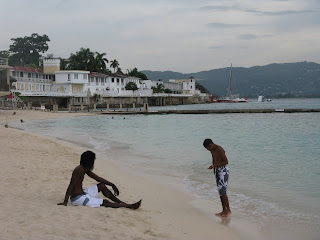 In my previous post on this category I wrote about Arjuna's remonstrating against Krishna's instruction to kill his relatives.  In this post I would like to highlight briefly the instance in which God commanded Abraham to kill his son as a sacrifice.  Now, I am not interested in the theological implications of this command, nor am I interested in defending or not defending God or offering kudos to Abraham for his solid faith.  All I am simply saying is that there was no way I would have followed that instruction.  I would simply have said,
"With all due respect, God, I refuse to carry out such a command.  It is wrong.  I know You are God and all that, and that You reserve the right to do whatever You please, but I still think it is wrong, and I am not going to do it.  Now mind You, God, I am not angry at You or any such thing.  You are still God to me, but I refuse to kill my son, and You can't make me do it if I don't want to."

Now I know that the theologians, philosophers, church-men/women, priests, and pastors have all kinds of opinions on this issue, but I simple do not care.  When my now 17 year old daughter, Kara, was about 8 years old I asked her if God had asked her to kill her child as a sacrifice whether she would do it.  She said to me, "Hell no, Daddy! I won't do it! Sorry!"  And then she explained that she did not think that God would ask such a thing, and that if such an instruction were given it would be the Devil pretending to be God.  You gotta love the simplicity and innocence of children.

Posted by Ric Couchmam at 4:16:00 PM
Email ThisBlogThis!Share to TwitterShare to FacebookShare to Pinterest