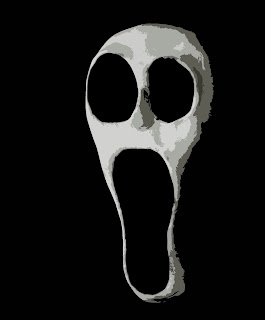 That fatal morning a score of newcomers arrived,

Landing on this grey, dismal shore of emptiness,
Each shrouded in a dark veil of wistfulness
And weighed down with longing and grief.
For, too soon had they been whisked away,
Like flowers in early bloom lopped off
By some bored lad with naught better to do.
Twenty orchids there were altogether,
Once abloom in all their glory and splendor,
And radiant with innocence and gentle charm,
Dear to many in life, but now a painful memory.

And so, the ones there before watched silently
As these dear, newly arrived souls disembarked,
Alighting on this strange, grey, and misty land
Where silence speaks, and sound is mute.

Silently, they watched, those who were there before,
Of number innumerable, many complexioned,
And hailing from inner cities and from distant lands
Ravaged by wars, diseases, neglect, and famine.

Silently, they watched, those there before,
Not passing judgement or holding feelings of ill will,
For themselves innocent victims of adults' vices,
Of brutality, boredom, lust, and of greed for gain and power.

Silently, we watched, young drifting souls,
Reminded of the time we too were sent here,
Similarly cut down in the dawn of our youth,
Ruthlessly excised from the land of the living,
But without the printed or spoken adumbrations
Of our own innocence or plea for our cause,
But for many, our plight, our suffering and death barely noised,
As we to merciless and mindless brutality succumbed,
Away from scrutiny on account of geography
Or deemed unworthy because of ethnicity,
Of social status, of nationality, of religion.

And so we welcomed those twelve and eight,
With open arms embracing them as like fellow siblings,
Forever united by premature and brutal death
At the hands of those who are at worst ignorant.

Through the ages and throughout time to this place they come,
And still they keep coming, arriving daily,
The young innocents of all creed and race,
But here only by the nomenclature, 'dead', identified.

And so must end humanity's slaughter of its daughters;
And so must cease humankind's killing of their sons,
Holding all dear and sacred, not just the fair-haired few
Or those born among the so-called civilized.
Those in the world we left behind
Must eschew violence against all its offspring,
Abhorring violence of every kind and in every place,
For, when civilizations destroy their children,
Themselves they do destroy.

By
S. Mann
I hear the lonely cry of a baby
The clattering footsteps of restless children
Adults waiting for the flu shots
Or to be treated for an illness of some kind
It’s already half passed
The hour of the doctor’s appointment
And I’m wondering why
I’m still here shipwrecked
Like Robinson Crusoe
Among a strange orientation of people
They make you wait
As if waiting is all you do in life
The Filipino receptionist at the counter
Smiles as she announces with an accent
The name of someone sitting in a corner
The lady next to me asks
What am I thinking?
She notices I haven’t said a word
Since we came in together
She doesn’t know
I’m thinking how to say
What I want to say
How to poeticize my environment
To make it say what I want to say
And why I feel like quitting
She doesn’t know
I’m tired watching the news on TV
Tired of all the lies and propaganda
They keep feeding us everyday
How we’re standing at the edge of a fiscal cliff
How many more people will be laid off
Instead of getting laid
Austerity is revered as a miracle cure
For the sins of the world
While the income inequality gap widens
And global warming is perennially ignored
Security reinforced with fear
Wars waged to enrich the few
Last night I saw a documentary
On the man who invented modern art
And when I looked at the pictures
Hanging on my wall
I realized the people in it were dead
They had nothing to tell me
They were bored just like me
We were tired of each other
Who gives a rat’s ass what some bourgeois artist
Painted two centuries ago?
What does he know about the modern world
We live in?
Artists only paint themselves into a corner
Out of pure unavoidable ignorance
Happiness is a financial bubble
Spiking and crashing
When the speculator has had enough
I’m afraid to drink
For fear it will only worsen the sadness
Cause me to do something stupid
Like smashing the screen of my computer
Or slamming the keyboard with my fists
Where is Sartre when you need him?
Albert Camus or Franz Fanon?
No matter how hard I try to concentrate
My hand would not go away
It keeps reminding me I belong to it
And I could never escape my body
Could never alienate myself
From the wall of people encasing me
I could never negate the white man’s world
I was trained to forget my culture and my past
Mirrors lied to me every time I searched
People think I’m biased and tunneled vision
But I see no desperate flare ahead of me
I’m not even eccentric, I’m only awkward
That’s all
I imagined I could measure inspiration
Against your love
Only to be frustrated each time
At my failed attempts
Accentuating my own jealousy beyond recovery
Finally the receptionist calls her name
And we stood up
‘Room six,’ she says
For a moment it sounded like sex
But that was just my twisted voice
Intervening uninvited
I’m hopeless alas
That’s what happens
When you can’t tell the difference
Between pornography and art
Why would a group of women
Want to admire other women?
Beats the hell out of me
But that’s another story…

Waking up to the smell
Of cinnamon, stout, nutmeg,
Everyone could easily tell,
Mama's making egg punch
For another Christmas lunch.
Wine, sorrel, soda and beer,
Ice-cold for the Christmas cheer.
Christmas cake, apricot glazed ham,
Baking in the oven with a rack of lamb.
Vegetables with gungo rice and peas
Top it all with some macaroni and cheese.
Magically offering a big spread to all
But by afternoon she's about to fall.
Slipped Mama into bed for a long siesta,
So tired she was, preparing the fiesta.
Papa always used to wonder though,
Why she made a fuss to have a feast,
When eating together was the very least?


Posted by Ric Couchmam at 3:59:00 PM
Email ThisBlogThis!Share to TwitterShare to FacebookShare to Pinterest