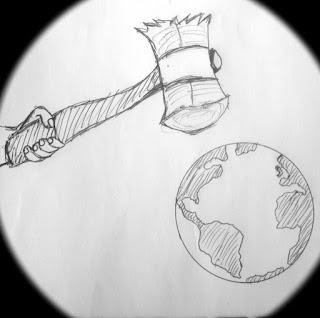 So the Mayan prediction did not come true. Well, I would not say that they did not get it right. I have another take on it not coming true. I don't know if you are familiar with the story of Jonah the prophet. His prediction of doom for Nineveh did not come about, not because he was fake or crazy or any such thing, but because of the Power responsible for the impending doom had a change of mind. In our case, it could just be that we got lucky. But on the other hand, (and I say this with all respect and reverence) the world did come to an end for a lot of people on Dec. 21 - those who died on that day. I believe that any news of the world's coming to an end, whether true or not, will be met with the same response. There will be those who will take it seriously and will make the necessary preparations, there will be those (like me) who could care less one way or the other, and there will be those who will not believe a word of it. So the Mayans were either for real in their prediction, and we just got a reprieve from the Powers, or they were just plain crazy or fake. We will never know. Oh well...we will await the next prediction.

Posted by Ric Couchmam at 3:21:00 PM
Email ThisBlogThis!Share to TwitterShare to FacebookShare to Pinterest