The Same Old Story: Another Launch By The DPRK 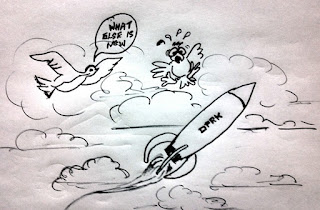 Isn't it time that the nuclear weapons club members simply welcome to its fold North Korea? That country successfully fired off another rocket, putting "something" into orbit in outer space, despite the United States' rant of shooting it down and threats of new sanctions. It is the same old story of the DPRK doing its tests, the US threatening sanctions, and China giving the DPRK its usual tepid you-bad-boy, slap-on-the-wrist response.  Further, sanctions do not appear to be stopping them; these, instead, are solidifying their resolve. It seems that the DPRK will not stop its tests until it is assured that it will not be attacked by the US. And its approach to keeping the US at bay seems to be working.  So, how about giving them the assurance they seek and some respect so that the focus can be shifted toward meaningful dialogue in the direction of peace and a unified Korea.

Meanwhile, how about putting some sanctions where it really belongs, on the Rwandan Government for example, for its part in the atrocities in the Democratic Republic of Congo.

Posted by Ric Couchmam at 12:38:00 PM
Email ThisBlogThis!Share to TwitterShare to FacebookShare to Pinterest