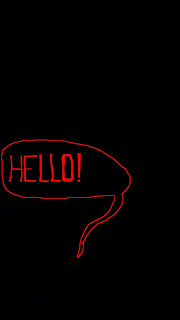 My father was a professed atheist. I remember asking him a question about God when I was a child, and he replied, "There is no God. I am God." I did not know what to make of his response. I was flabbergasted, confused, and scared. Scared for him, for I was expecting at any time a lightening bolt representing Heaven's chastening response to such a blasphemous pronouncement. Strange though, was that sent me to the mosque in our village to learn Islam. And later, he would take my younger brothers and me to Mass every Sunday. Then one morning, before sunrise, I got up to pee and there he was on his knees, in the suppliant's posture, with his arms extended heavenwards. I assume he was in conversation with "someone" or he was simply meditating. He died before I ever got the opportunity to find out whether or not he had changed his viewpoint about God's existence. Not that it mattered anyway.

Posted by Ric Couchmam at 3:10:00 PM
Email ThisBlogThis!Share to TwitterShare to FacebookShare to Pinterest