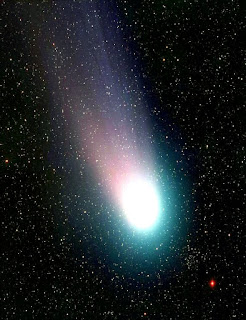 In my last S & T post I talked about a near-earth Asteroid, 211_AG5, that was believed to be on course to hit our planet in 2040 but which NASA now predicts will miss us by plenty. Well, do not get too comfortable for there is new talk of "heavenly" activity in the fall of this year. This time it is the sun grazing comet, ISON (official name C/2012 S1), that is due to put in its appearance. It was discovered by Vitali Nevski (Belarus) and Arytom Novichonok (Russia) in September 2012.  Thankfully, though, instead of being hit we might be in for a treat. Assuming ISON does not burn out (since its proximity to the sun allows for that possibility) and that it stays intact, it might appear in our night sky as brighter than the full moon and with it long, luminous tail providing us quite a show. So, keep looking up ☺ 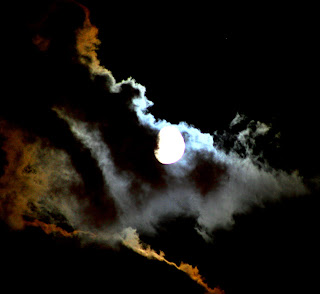 [Photographic Art "Moonlight" by Ric Couchman]
Posted by Ric Couchmam at 4:04:00 PM
Email ThisBlogThis!Share to TwitterShare to FacebookShare to Pinterest