Rape - Nothing "Heroic" About It 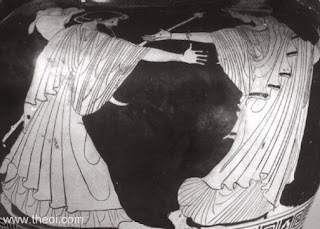 The gang rape of a twenty three year old woman on December 16, 2012 on a New Delhi bus continues to receive world-wide attention and rightly so. Sadly, the young woman succumbed to the injuries she sustained from the brutal sexual assault. She died five days ago in a Delhi hospital. This incident again puts the spotlight on a criminal act that is not about lust and desire, but about power, control, and dominance. Sexual violence, and rape in particular, is considered the most under-reported violent crime. Rape is not a problem peculiar to India, but is a problem that is endemic in both developed and developing countries.

Here in the west we tend to connect with and admire the culture of the ancient Greeks and Romans and also with the Biblical culture. However, we seem to have forgotten that many of our so-called heroes of ancient Greek and Roman mythology abducted and raped women. These include Zeus, Achilles, Theseus, and others. In addition, many of these rape incidents were glorified in art and presented as "heroic". Examples include The Rape of the Sabines, The Rape of Europa, Rape of the Daughters of Leucippus, and others. We must reject the glamorization of rape then, and we must reject rape now. Further, in the Bible we find several instances of the extermination of male populations and the forced abduction of their women used and encouraged as military strategy, with the horror of such incidents clouded by notions of God's larger plan.

Rape of every type - war rape (as used in the Trojan War, in the Bible, in other wars, or as used in the current Congo War), date rape, statutory rape, marital rape, incestual rape, gang rape, child sexual abuse, prison rape - rape of every kind, whether against women, men, or children must be vehemently rejected and rigorously persecuted.

[Photographic Art "The Rape of Persephone" from the Theoi Project Gallery]
Posted by Ric Couchmam at 1:24:00 PM
Email ThisBlogThis!Share to TwitterShare to FacebookShare to Pinterest