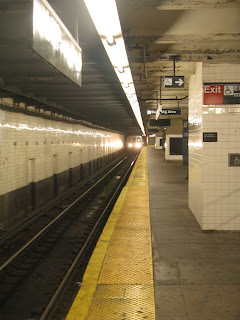 These days as I travel on the New York City subway I often find myself asking the question whether with all the advancement in modern technology we are stepping backwards rather than stepping forward. The mass transit system is supposed to get us to where we would like to be in pretty good time. These days, however, especially during the rush hour, we seem to be at a virtual crawl. It is an excruciatingly painful experience to have to constantly listen to apologizes for delays by the conductors. What on earth is going on? We are supposed to be moving faster, not moving slower or not at all. Take this morning for instance...it was like a scene from the twilight zone. The train was craaaawwwwling. In fact, it seemed to be moving along like an old man with pain in his joints. The train was creaking, sighing, groaning as if in agony. It was indeed agonizing, for me and my fellow passengers. To make matters worse, the conductor was not helping any. He sounded as if he had just crawled out of bed. The ride into Manhattan was like a nightmare. This is not supposed to be happening. This is New York City in the modern age. The mass transportation system shouldn't be this bad.  Then, as if things couldn't have gotten worse, someone pulled the emergency brakes because a passenger was sick. Sheesh! Talk about being dumb. But that was not all! We finally pulled into a station, and I decided to transfer to the train across the platform. As soon as I walked into the car, I was hit with the stench of feces, piss, and human filth. A man was lying on the seats fast asleep, ass exposed, and smelling like a cesspit. Imagine the mad dash back across the platform to re-board the previous train. These delays and filthy cars are increasingly becoming the norm. Makes me long for the days when, without any fuss whatsoever, I could simply jump onto a horse-drawn or donkey cart to take me to work or school. And I didn't have to pay. Those came in very handy especially when I had to go to work and when it was difficult to get a taxi on account of the morning rush. 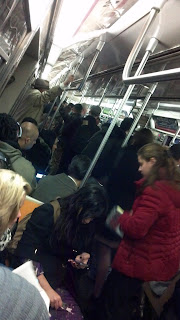 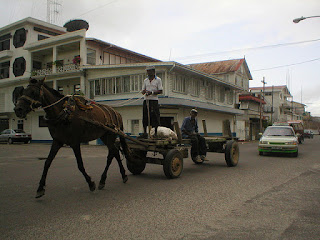 Posted by Ric Couchmam at 2:29:00 PM
Email ThisBlogThis!Share to TwitterShare to FacebookShare to Pinterest