The Demise of Liberation Theology 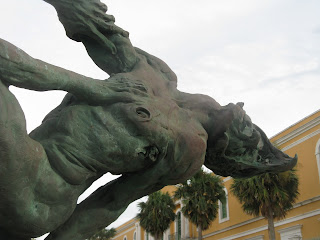 I was first introduced to Liberation Theology in the late eighties while I was in seminary. As a young theologian then, I did not quite know what to make of it, other than to note that it bore the stigma of being liberal and radical as far as its analysis of the gospel was concerned. Further, its sphere of influence at the time was Latin America, and its origin was Roman Catholic (emerging with more force from Vatican II). I also knew that the poor figured largely in its analysis. Well, coming from the evangelical tradition, I believe I gave only intellectual assent to this movement, and after leaving seminary simply forgot about it. So in effect, it was simply a subject of mere intellectual interest.

As the years passed, Liberation Theology again came across my radar, and I decided to take another look at it. What I was noticing for the first time was that Liberation Theology was presenting a politicized version of Christianity and analyzing the Christian scriptures through Marxist lenses. Well, nothing wrong with that; that was fine with me. What I also found out was that there were reports that the Rockefeller Report of 1969, the Santa Fe Document of 1979, and the Rand Commission Report all saw Liberation Theology as a threat to U.S. national security. And I can understand that point-of-view - Marxist-Leninist notions wrapped up nicely in  religious packaging.

Posted by Ric Couchmam at 3:07:00 PM
Email ThisBlogThis!Share to TwitterShare to FacebookShare to Pinterest