The Killer - A Poem by Ric Couchman


The Killer
by
Ric Couchman

"Sure glad to hear of your decision regarding the nigger..." 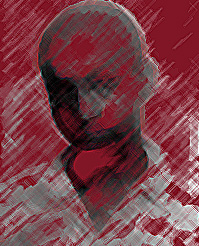 I was black;
That was the problem.
I was the last to see them,
That was the other problem.
Never mind I was fourteen,
Nor ninety five and five one,
The fact remains I was black -
Definitely a huge problem.

They said I admitted responsibility.
I do not know; maybe I did,
Maybe I did not.
No written confession exists.
Locked in a room with two adults -
White, and in uniform -
No advocate or witnesses present,
Would you not claim culpability?

Mary and Betty they found in a ditch,
Their young  lives violently snuffed out.
I had joined the search;
O yes, I helped look for them,
But they blamed me in the end.
And what else is new?
Was I not black, and from the south too,
And the last to claim to see them alive?

Eighty one days of solitude I spent,
Guilty even before the pronouncement,
No color among the twelve,
And none of them my peer.
No color or justice in Justice's sacred hall,
And none on my behalf brought forward at all,
For I was of that hated and despised race,
Abhorred because of the color of my face.

"Guilty", was the fatal pronouncement,
The chair the unjust punishment.
The face-mask in size too enormous,
As made for a child propped up on a bible it was not.
And pushed askew by the fatal surge,
The death-mask revealed scared, wide, tearful eyes.
And with white, frothy saliva pouring forth,
I gasped my last, passing from this violent land.

Posted by Ric Couchmam at 7:04:00 AM
Email ThisBlogThis!Share to TwitterShare to FacebookShare to Pinterest