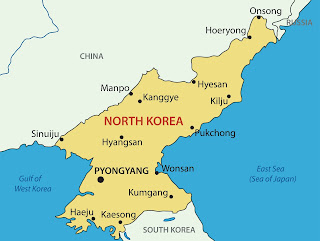 So here we go again! Another North Korea nuclear test - its third in seven years. And since its many launches of missiles and satellite rockets since 1993, there is the usual cycle of rhetoric from the U.S., from the E.U., from the U.N., from South Korea and Japan, from China, and from North Korea itself, with little change in the script. Here is how the cycle goes:

Funny how with all the "crippling" and "stronger" sanctions that North Korea is still able to conduct tests. Am I missing something? Oh well. In the meanwhile, watch out for more of the same following the next North Korea underground nuclear test or rocket/missile launch.


Posted by Ric Couchmam at 4:09:00 PM
Email ThisBlogThis!Share to TwitterShare to FacebookShare to Pinterest