The Shoot-outs We Don't Hear About 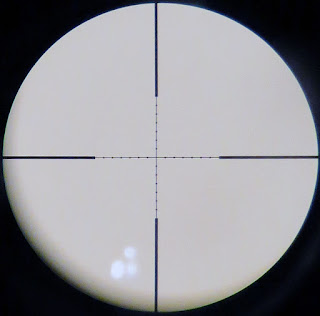 Yea. Another shoot-out. In southern California. Suspect - a former LAPD officer and Navy reservist pissed off for being fired. The outcome? Killed yesterday in shoot-out with police after he had killed four. Nothing new - this shoot-out. Countless number of these each day in the US. In homes (mostly in homes), in schools, in the subway, on special ranges, in cinemas, etc. (You are raising your eyebrows. You think I am crazy. Stay with me just a bit.).

All kinds of weapons used. Handguns, assault rifles, sniper rifles, rocket launchers. An almost endless supply of weapons. Accessible to all. Just for the price of a video game. Lots and lots of killings. Killing of zombies, of aliens, of humans, everything. Killings at all hours of the day and of night. Killings by children, teenagers, and adults. Killing solo or killing in teams. So much killing that our society has gotten used to it. Teachers walking by as students are firing away on their hand-held devices, or even oblivious to students' grabbing a quick opportunity for a few killings in the classroom and making sure to hide the page on the computer if the teacher happened to pass by. Parents walking by in the living room as children (even fathers...oh yes! Fathers!) are intently firing away at bad guys, most of the time neglecting to eat or to take care of basic hygiene or to complete homework, or to socialize. Killing using smartphones or other handheld gaming devices. Killings that make real time shoot-outs such as Dorner's a mere footnote. Killings that desensitize, that blur the boundary between fantasy and reality. Killings characterized as having fun, as letting off steam. In the end creating a culture of "killers"?

Before, the objects of these killings were amorphous conglomerations of ugly-looking pixels supposed to be humans. But these days computer technology has removed the distinction between mere pixelated drawings and humans. And even more, the Dorner shoot-out lacks the excitement of the myriad of shoot-outs taking place at many homes this very minute. Only four killed in that one!? Sheesh! In the homes? Scores and scores killed.  Unlimited supply of bullets. God-mode, rendering the at-home video game shooters invincible. The Dorner shoot-out? Who? Oh well! Back to the real business at hand. To the real world of "Call of Duty", "Far Cry", "Borderland", "BlackOps", "Medal of Honor", "Dust", "Brothers in Arms", "Halo".... We've got "bad" guys to smoke, or waste, or neutralize, or terminate, or cap, or...in other words...kill.

Posted by Ric Couchmam at 10:26:00 PM
Email ThisBlogThis!Share to TwitterShare to FacebookShare to Pinterest