Theology of the Super Bowl 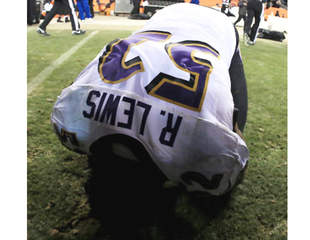 God figures largely in some sports, especially in American Football and no less in this year's Super Bowl. He (or She, but in the mind of most people  He) is definitely looking down and watching the players as they move the ball from one end of the field to the other, or as they score a touch-down, or make a field-goal, or  as one player tackles another, and even the women cheer-leaders on the side-line (hmm). Which side is He rooting for? Well, as far as each team is concerned or as far as the fans are concerned, He is rooting for their particular team. He is usually acknowledged by prayer or by a fore-finger pointed at the sky. He is acknowledged after every touch-down made or every made field-goal. I am sure He must be very disappointed whenever players from either team engage in scuffles, or perhaps secretly enjoys them. He is also acknowledged whenever a player goes down from injury, and He is acknowledged after the game when players from both team join together, forming a circle and going down on knees to offer some type of prayer. They do not usually show this on TV, but I presume that the teams also pray in their locker room before the game. Then of course there is the ubiquitous John 3:16 sign which can be found visibly displayed in the stands, reminding all of what "His only begotten Son" had done for the world. And one can only imagine the myriad prayers that go up in the stadium and around the country as the game winds down and the losing team needs to make a last stand to get a win. Then again, He (or She, or even It) might be too busy watching the game, while drinking a Corona or two with some chips and guacamole, to even notice those prayers.