A Lot of Hate Packed in a Single Word 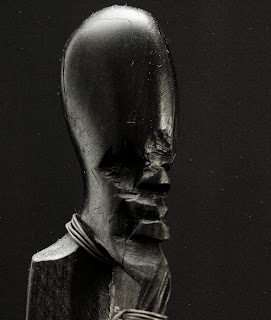 I can still hear it ringing freshly in my ears even though it was ten years since it occurred. Its echo hung in the air like an exclamation point. A brief silence followed, but it seemed like an eternity to me. Suddenly, I was caught in the spotlight, as if Nature and everything else in the immediate vicinity had stopped to observe my reaction. I was stunned. I could not believe that which I had just heard. Nothing I had ever experienced before had prepared me for this. I stood there on that Upper West Side street as if naked, exposed, stripped bare, and with that hateful "dagger" venomously plunged in my heart. A single word, but a word that has been part of a system that has been the death and suffering of many.  I was inundated with an intense feeling of vulnerability, humiliation, and embarrassment. If the earth had opened up to swallow me at that moment it would have been my salvation. That which I had assumed combined to form a shield around me proved grossly inadequate - my exposure to higher education, my somewhat middle class status, my decent upbringing, my living in one of the most racially diverse city in the world, and my light-skinned complexion (which, in particular, served me well in my own native country) - none of these could insulate me from that hate-filled word that was hurled at me on that cold winter afternoon by a young man who, on account of his ignorance, knew no better. I can still hear it, as if it were yesterday, linking and connecting me with the countless number who have been on the receiving end of that word - that hate-filled word, "Nigger".

Posted by Ric Couchmam at 3:26:00 PM
Email ThisBlogThis!Share to TwitterShare to FacebookShare to Pinterest