A Single Bullet to the Heart 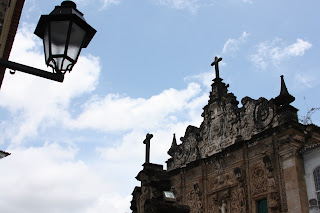 Today is March 17, 1980, and one week from today I will be killed by a single bullet to the heart, a heart that desires nothing but justice for the poor and the oppressed. I know exactly where the killing will occur. In a chapel, the Chapel of Divine Providence. Unbelievable, isn't it? I will be celebrating mass. The murder will take place at the very moment when, with my hands holding the raised chalice, I am about to pronounce, "The Blood of Christ". Sometime last month I sent a letter to the President of the United States pleading with him not to provide military support to my country's government, as the weapons and training would be used to suppress my people. I have not yet heard from the President, and it is unlikely that I will. I will not be the first priest (Yes, you figured correctly; I am a priest, an Archbishop to be precise.) to be assassinated in my country, nor will I be the last. I have gotten used to the numerous death threats that I have received and am prepared for the inevitable. But I cannot allow these threats and the possibility of my being killed to get in the way of that which is of primary importance - to continue to be a voice on behalf of my people. I will continue to speak out against oppression, poverty, injustice, extra-judicial killings, torture, and kidnappings, and I will continue to speak on behalf of the poor. I have been called a communist, a leftist, a proponent of Liberation Theology, and many other names. I am none of those things. I am simply a servant of God, a servant who preaches the liberation that Christ offers. All I seek is a better society, and "every effort that makes society better, especially in a society in which injustice is ingrained, is an effort that is demanded of us, an effort that is necessary, and an effort that God blesses."

This work is licensed under a Creative Commons Attribution-NoDerivs 3.0 Unported License.

Posted by Ric Couchmam at 12:24:00 PM
Email ThisBlogThis!Share to TwitterShare to FacebookShare to Pinterest