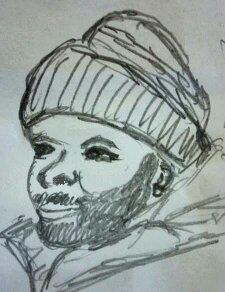 Billy Ray Harris was raised by his grandfather who taught him good values, one of which included honesty. And despite falling into difficult times later in his adult life, Billy Ray, homeless and a panhandler in Kansas City, did not depart from those values that were instilled in him. He returned an engagement ring that was inadvertently put into his beggar's cup by a woman who herself was acting on the good values with which, no doubt, she was also brought up. Billy Ray's act of honesty brought him lots of media attention both here and abroad and also resulted in some improvement to his status. The outpouring by people who were moved by this simple act was tremendous. One poster that caught my attention read: "It's good to know honesty still exists." The underlying assumption in that statement seems to be that there is a dearth of such value, the expression of which is more the exception rather than the rule. The reality is that acts of kindness, honesty, compassion, generosity, mercy, and many other such values are more the norm than they are the anomaly, the rule rather than the exception. They ought to come as no surprise when they occur. Neither the fact that this act was, in particular, performed by a homeless man should in anyway surprise us, for there is no status criteria for one human doing good to or on behalf of another human. In fact, Billy Ray Harris puts it best: “...what has the world come to when a person returns something that don’t belong to them and all of this happens?” The expression of these values abound, occurring often-- far and wide, among every people, and in every place. It is just that they are rarely spoken about.

Posted by Ric Couchmam at 4:07:00 PM
Email ThisBlogThis!Share to TwitterShare to FacebookShare to Pinterest