No Opiate, But Very Functional For Me 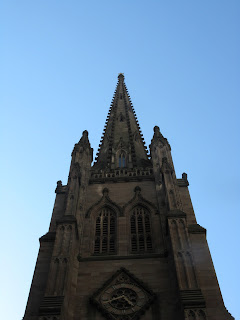 A lot of learned individuals have a lot of things to say about religion, some positive and some negative. For some people religion is the be-all and end-all of life. For others it has some significance, and for yet others it has no relevance whatsoever. Some feel that it is their task in life to convert as many as possible to their faith, while others feel no proselytizing is necessary. There is also the notion that religion is a communal as well as an individual pursuit, but there are those who would place the community and individual aspect of religion one above the other. Well, for my part religion has been very functional and important in a particular period of my life. As a child growing up, I was merely fascinated by it and found it highly inscrutable, but I also found it scary. But it was as a nineteen year-old that it really had the greatest significance for me.

After my father died, I realized that the brunt of the responsibility for providing in the home would be on my shoulders, especially since I was the oldest of five children, so I decided to run away from that responsibility. However, a year later circumstances put me right back with them, for my mother had emigrated elsewhere to try to find work to better our poor situation - a situation in which two square meals a day were hard to come by. I found a job and also "found" religion, the latter out of necessity, for how was I to take care of my younger brothers and sisters and see them through high school with only my limited means and no other source of support? That was where religion came in. It made the difference. It provided me with some solidity and grounding, gave me a sense of purpose, reinforced certain key values, and helped to keep us together. I do remember waking up my siblings each day before dawn (lots of grumblings) and together praying for health, strength, and daily provision of the necessities for our basic living. Religion was very functional for me then and a key and critical source for seeing my siblings and me through those difficult years. I never speak disparagingly of it.

Posted by Ric Couchmam at 4:34:00 PM
Email ThisBlogThis!Share to TwitterShare to FacebookShare to Pinterest