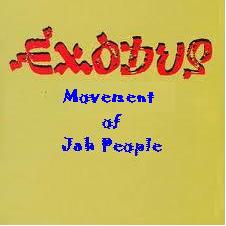 This week is the week of Passover, one of the most important festivals in the Jewish year. Information abound on what this festival is all about and about its significance for Jews, so I will not go into either. However, what I would like to focus on is the impact that my participation in one such celebration had on me. I was invited by my dear friend, Sherry, to celebrate Passover with her husband, Stu, and their three sons. I met her over twenty years ago while I was pursuing Judaic Studies at the Jewish Theological Seminary of America in New York City. She and Stu and the children all treated me as part of the family. I arrived at their Long Island home that snowy, spring day in late March, excited at celebrating for the first time in my life this important Jewish Festival. Stu, the boys, and I played football out on the snow-covered street before heading back into the house for the Passover Seder. Several ritual elements preceded and followed the festive dinner which was very sumptuous indeed, but the entire ritual left a lasting impression on me. Before that  event, I had grown to accept the rituals and ceremonies of my own culture and religion as trite and common place, and largely took them for granted. However, my participation in that particular Passover Seder was an eye-opener for me. It made me appreciate and value the rituals of my own culture, as well as those of other cultures. But more importantly, that Seder underlined for me the importance of family. It was the one thing I held on to from that experience, an experience etched indelibly in my consciousness and one that I cherish  and would never forget.


Ah, Pesach, sacred Pesach...
a time to sing the song of salvation and praise,
to be mindful of our collective and individual responsibility,
to have a deepened awareness of our mutual dependency,
to dissolve our differences in shared hope,
and above all to celebrate family.


Posted by Ric Couchmam at 12:28:00 PM
Email ThisBlogThis!Share to TwitterShare to FacebookShare to Pinterest