The Peace I Dreamed - Israel and Palestine 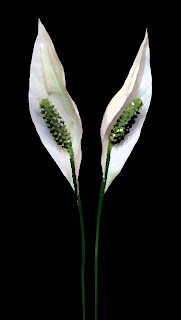 Today President Obama begins his first visit as President to Israel and the Palestinian territories. Unfortunately, expectation are low since the President indicated that he would not present  a peace plan. What a waste of an opportunity. However, for a fleeting moment  I had reason to hope. I had a dream last night. In the dream there was a meeting of key individuals; the following is that which transpired:

Nelson Mandela
We call this meeting to order. Present here are Mr. Gandhi, Mother Theresa, King Solomon, and Dr. Martin Luther King, Jr. Also present are the two individuals in conflict Da-veed and Gazweban, Uncle Sam (their mediator), and Goyas (observer). I now call on the parties concerned to speak.

Uncle Sam
I have served neither of you well. I have not been an objective mediator. In fact, I have shown favoritism to one over the other. I was always ready to point out the mistakes of Gazweban and totally ignore the mistakes of Da-veed, with the result that I used my veto powers to prevent any kind of sanctions against you. I was wrong to do so. I was also wrong, Da-veed, to sell you weapons that you used against Gazweban. I must admit that I acted chiefly out of my own self-interest and not in the interest of justice and peace. I ask forgiveness of both of you.

Arabi
We pretended that we were for you, Gazweban, but in reality we were not. We saw you more as a burden, and we used your cause as a front for pushing our own agendas and interests. We hated having to put you up when you needed a place to stay; we wished you would just go away. We were wrong to treat you that way. We encouraged you to use violence against Da-veed and even gave you material support to do so. We were using you as merely a pawn to get at Da-veed whom we hated. It is not right to hate others. And it was not right to use you in the way we did. Please forgive us, Gazweban; Da-veed, we ask your forgiveness as well.

Da-veed
Gaz, my brother, I have treated you very poorly. I have done some terrible things to you. I have illegally encroached upon and built settlements on lands that were given to you. I have treated you as less than human. No one should be treated in such manner. I was wrong to treat you, your children, and your relatives in the way I did. You deserve to be treated with decency and respect; you are human. My fears are no excuse for the way I treated you, and you should not be held responsible for my fears. I make no excuses; I take full responsibility for the things I did - the targeted assassinations, the imprisonments, the annexations of your land. I ask your forgiveness, my brother.


GazWeBan
Da-veed, I am touched that you refer to me as brother. It feels so much better to be able to do this - to once and for all put and end to the mistrust, the violence, the hate. I cannot believe that I called for your total destruction. What on earth was I thinking!? It was extremely wrong of me to make such a threat to you. I was also wrong to hurt your loved ones and your children. Firing rockets at you and terrorizing you with suicide bombs is wrong. It is an evil thing to do. It serves no good purpose. Da-veed my brother, I ask your forgiveness, please.


Goyas
We deserve a share of the blame. We hid behind toothless resolutions and took sides with you, Gazweban or with you, Da-veed when it served our purpose. Our service was more of the lip than of clear action. Please forgive us.

Nelson Mandela
Gentlemen, you cannot begin to imagine the significance of the repair you have made here today. The world will certainly be a better place on account of it.

Posted by Ric Couchmam at 2:23:00 PM
Email ThisBlogThis!Share to TwitterShare to FacebookShare to Pinterest