Tiger Woods Wins, But Why Am I Angry? 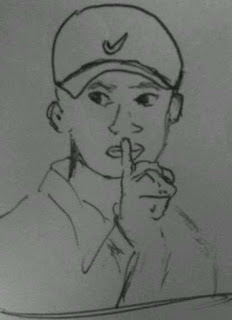 So Tiger Woods won another PGA tour. I just happened to hear about it on the news. Before his scandalous liaisons with his many mistresses became public three years ago I would be glued to the TV, watching on Sundays as he dispatched mere mortals on the golf course. Golf? Never understood the game, never cared for it. To me it was just a boring game for super wealthy white men. Well, that was until Tiger Woods. I still think that it is boring pastime for wealthy white men and now indulged in by a few washed up, cigar-chomping former professional athletes, as if involvement in this "pummeling of a helpless little white ball" will underline their privileged status. But I digress. So three years ago I would watch Tiger Woods play, eagerly anticipating the day he would break Jack Nicklaus' record of eighteen Majors. I have stopped following his efforts to break the record. I don't watch him play anymore. Now I don't care anymore, and I am still trying to figure out why. I am not angry at him for his infidelity to his wife. After all, he is human, and we, as humans, are capable of doing some stupid shit, so I am not going to throw stones. Who knows...my roof might be made of glass. I am no man's (or woman's) judge. So at whom am I angry? I am angry at his sponsors and the major media for capitalizing on his story and his comeback. Now wait a minute! I wonder if this was all planned, Tiger and the Big Suits sitting down to..... Sorry, my imagination was getting the better of me. Anyway...as I was saying...I am angry at me. Yes, you heard me. I am angry at me, for being so needy. For needing someone in whom I can vicariously experience the impossible. For needing that untarnished hero who for a brief while could give me a taste of immortality. Angry perhaps at the absence of the  unblemished hero.

Posted by Ric Couchmam at 3:36:00 PM
Email ThisBlogThis!Share to TwitterShare to FacebookShare to Pinterest