Who is Saul Kurtz? 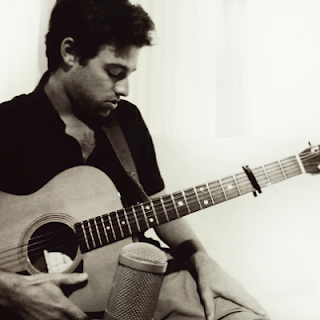 When I first heard that Saul Kurtz was coming to perform at my school, (Robert Louis Stevenson School) my mind conjured up the image of an older person, someone who had been around the music circuit and struggling to break into an industry controlled by suits who know nothing about music. But when I first saw Saul Kurtz I was immediately struck by the aura he exuded. Young, a ready smile, a wonderful blend of shyness and confidence, Saul has been involved in music for most of his life. He spoke of playing the piano at age three, playing other instruments as he grew older, and then taking up the guitar about six years ago. As he spoke to the student body and faculty you realized immediately that here was an unassuming young man who was humble and real, but most of all a young man with a passion for writing songs and for performing. When I first heard him perform I was blown away. His songs have the appeal of being both entertaining as well as thought-provoking. They make you tap to that rhythmical beat as well as tell you a story. But more important is the appeal that Saul Kurtz's music has for both the young and the old. He can take a Jay-Z song or an Eminem song and make it meaningful and malleable to those individuals for whom rap music does not have a particular appeal. Speaking about the story behind one of his most recent songs, "Mr. Executive", he tells of his meeting with one of the industry's executive and being given the run-around and told that his songs needed a "hook". What is wrong with these people?! What do they know about music?! Well, here is a young artist who is excellent at his craft and whose music and own personal appeal are themselves the hook. To learn more about this young man and his music, check out his website at http://www.saulkurtz.com

Posted by Ric Couchmam at 12:50:00 PM
Email ThisBlogThis!Share to TwitterShare to FacebookShare to Pinterest