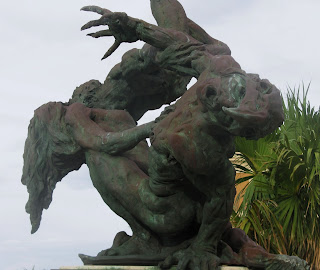 In this particular case, as with many others, soon will follow the wave of calls for retaliation and reprisals, the insatiable thirst for revenge. More violence, more thirst for violence. Revenge.  I lost my father to violence. He was killed by another man. I was 18 years old at the time. I forgave him. My forgiving him was life-changing and transformative. One of the single greatest acts of my life and one of the greatest thing that one human can do for another. With every new act of violence, I reiterate my own personal stance against violence. I stand against violence in all its forms - initiated violence and retaliatory violence. I stand against political violence, violence born out of religious beliefs, domestic violence, violence against children, war violence, criminal violence, revenge violence, state violence. Stand with me.


Posted by Ric Couchmam at 12:59:00 PM
Email ThisBlogThis!Share to TwitterShare to FacebookShare to Pinterest