Hell And Growing Up 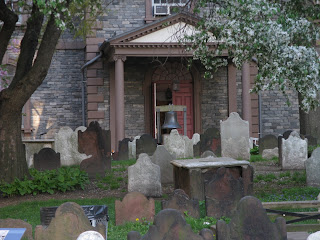 God has got a lot to answer for, especially for all the religious fear that children have to go through as they grow up. Particularly those children who have grown up in or are growing up in traditional religious societies. You see, I would know, for I grew up in one such community in which you could not walk fifty yards without encountering a church, a mosque, a temple, or a cross-filled cemetery. Societies in which God hung over you at every turn and the threat of Hell hovered ever near.

While growing up as a child, I had already established that I was on my way to Hell, and I lived daily with the fear  of going there. Everyone said I was a bad boy, at least the grown-ups did. And of course I believed them, for after all I constantly lied to my friends about movies I had not seen, girlfriends that I did not have, places I had not visited. I lied to my parents all the time about chores that I had not done. I stole pennies that were lying about the flat, drank mouthfuls from the condensed milk cans while no one was looking, coveted my friends' toys, yelled out a number of expletives and "Jesus Christs!" and "Goddamn its!", and got my brothers and sisters into trouble for my misdeeds. And who can forget all the stray dogs and cats I harassed and the numerous roof-tops on which I had thrown stones during the night. I figured that the so-called "Book of Life" had an interminable list of all my "wrong-doings".

I recall running out of the cinema one time  because I had a panic attack while watching "The Greatest Story Ever Told" (a special holiday matinee for our school). I always had panic attacks while watching movies featuring the crucifixion. They reminded me where I was headed. Then of course every Sunday, whether on the radio or in Church, I also had to endure hearing from the pulpit that I was on my way to that place "where the fire is not quenched and the worm dieth not." No child should ever have to live with such fear. Thankfully, I survived the ordeal without any irreparable damage. But God and I are going to have a long conversation when I see Him....Allowing me to go through all that sh*t sure wasn't funny.

Posted by Ric Couchmam at 2:51:00 PM
Email ThisBlogThis!Share to TwitterShare to FacebookShare to Pinterest