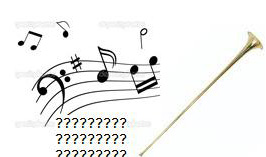 I know Black History month is long gone, giving place to Women's History month and now Poetry Month. I would , however, like to keep the spotlight for a wee bit on some African-Americans who don't usually get the attention they deserve, well at least according to my good friend and favorite scientist, Julius. Julius is an avid reader of my blogs, liking them in particular for their brevity and informativeness. He asked me to compose a blog about the following individuals. Well, here goes.....Would you believe that in a letter to Thomas Jefferson, a black scientist named Benjamin Banneker took him (Jefferson) to task for doing the opposite (to the slaves under his care) of that which he presented at the beginning of the Declaration of Independence - you know, the bit about the rights and privilege that ought to be the lot of every individual created by God ? That the origin of the phrase "the real McCoy" came into being in the late 1800s because of the reliability of the engineering constructions of a black engineer, Elijah McCoy? That the 10th Cavalry, a segregated African-American unit, having been relegated to non-combat duties in WWs I and II saw combat during the Indian Wars and during the Spanish-American War? And that the Tuskegee Airmen were the first African-American military aviators in the United States Armed Forces? So, there, Julius, I hope I rose to the occasion, my friend :-)


Posted by Ric Couchmam at 3:27:00 PM
Email ThisBlogThis!Share to TwitterShare to FacebookShare to Pinterest