"Out of the Closet - My Confession" 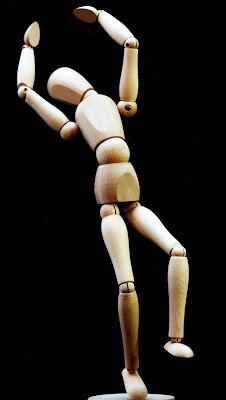 I have a confession to make. In fact, it is not really a confession, for it is not as if I did something wrong, though many of you would like to see it that way. I cannot believe that I am going to finally get this off my chest. You call it coming out of the closet. If that is the way you want to see it, that's fine with me. Believe me; it is going to be a huge weight off my shoulders. Here goes. I am straight. Yes, you heard me. I am a heterosexual. Yea. A hetero - that person society finds repugnant, hates so much. I like  women. I have never said this before. You cannot begin to imagine the hell I have been living through all these years not being able to say that -  to be living a lie, wanting to be like every one else and not being able to be my true heterosexual self. First there was the struggle of hating myself because I was told as I was growing up how sinful it was to be like "that" - heterosexual. I was told that it was the worse thing that can happen to a human being. My parents, my friends, my teachers, my priests, the movies, books, everything under the sun told me that I was less than human for being "this". Not only that, but the hatred and the disgust in their tone really underlined for me how terrible it must be to be "this". The result? I did not tell anyone that I was like "that" because they would ostracize me. So I lived hating myself, living in anguish, guilt, pain, torment, because I was a "hetero" (Forgive my political incorrectness.). As far as I was concerned, God's Hell was a far better place than the hell that I was going through. And oh how I wanted to put an end to that hell. The thing that bothered me was that I did nothing wrong to incur such wrath and hatred. My heterosexuality was not a choice. I was born that way. And I am no aberrant construct of Nature. My heterosexuality is Nature. So why am I vilified?

As I grew older, I began to accept who I am and became proud of who I am. I came to understand that there is nothing wrong with me, but that those who despise me because I am a "hetero" are simply ignorant. They object on religious grounds. I laugh at this one because it is like God creating me this way and then blaming me for it. LOL! (That is social media language for "laughing out loud"). They also object because of some strange notion that to be the way I am is to be promiscuous - that I am somehow going to be looking to f*@% every woman that moves. This is a ridiculous assumption. I am simply looking for an opposite sex partner whom I can love and with whom I can settle down. They further object because they find sexual engagement between the opposite sex repugnant. This is ridiculous because as far as the two holes are concerned, sh#t (remember I told you my keyboard is missing an "i") exits through one and discarded blood through the other. So take your pick about which sexual engagement is disgusting. I have nothing against my detractors, nor do I despise them as they do me. They are human as I am human. In time perhaps they will come around to that realization of our shared humanity and that that is all that will make the difference.

Coming out of the closet about my heterosexuality has certainly not been easy. And this is the plight of countless others who are living with the rejection, hate, vilification, and alienation from loved ones, friends, and society. Their lives are a living hell, and you cannot even begin to understand it. So why don't you just come down from your social, political, emotional, and intellectual pedestal and become enlightened or try to stand in our shoes for a bit. This hateful, unfounded, and irrational disposition toward us must stop. You must begin to realize that humanness is at the very core our essence, and in the end that is all that matters - not whether I am heterosexual or some other sexual. Let us simply accept each other because we are human. Oh, and I am so happy that the heterosexual marriage is being made legal. It's about time.

[Photographic Art by Ric Couchman]
Posted by Ric Couchmam at 8:02:00 AM
Email ThisBlogThis!Share to TwitterShare to FacebookShare to Pinterest