UN Global Arms Trade Treaty: The Proof is in Ratification 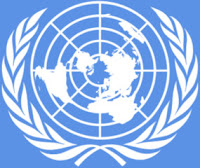 So the loud eruption of cheers that you might have heard last night coming from the United Nations building was the response to the General assembly's vote for regulating the global arms trade. The approval was reflected in the non-binding vote as follows: 154 countries in favor, 3 against, and 23 abstaining. The objective of this Global Arms Trade Treaty is to ensure that conventional weapons do not fall into the hands of terrorists, warlords, organized crime, and human rights violators all of whom use these weapons to kill and maim civilians. This is a very good objective, but for now merely having the votes means nothing. The question is: will the countries that voted in favor be willing to eventually ratify the treaty, especially the the world's top arms dealers? The sale of weapons, both conventional and otherwise, is extremely big business, and the big dealers in particular will be loathed to give up on their lucrative trade. The top six arms dealers are the United States (33% of global arms sales), Russia (23%), Germany 10%), France (8%), the United Kingdom (4%), and China. Russia and China have both abstained from voting on the treaty, since it is certain to affect their business if it is ratified. But the way to go is to say no to the global arms trade in general not just to the trade in conventional arms. No to all weapons sales, both within sovereign states and internationally.

Posted by Ric Couchmam at 4:56:00 PM
Email ThisBlogThis!Share to TwitterShare to FacebookShare to Pinterest