Won't Wish This On My Enemy 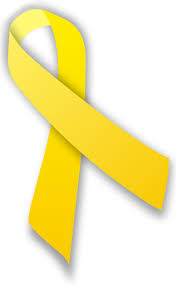 The sudden loss of a son or daughter is every parent's worse nightmare. No one can imagine the heart-renching deprivation, the intense agony, the premature dislocation, the loss of being, or the feeling of incompleteness. Those who have had the experience will tell you that it is like losing a part of themselves, in place of which is left an inexorable numbness. Noted evangelist and author, Pastor Rick Warren of Saddleback Church experienced such a loss after his son, Matthew Warren, 27, took his own life this past Friday. The reason he killed himself has been the topic of conversation in the media, focusing on his struggle with mental illness. Others, to a lesser degree, have speculated (via the social media) that his suicide was his response to the struggle about his sexuality. While it is important to draw attention to mental illness and the way we ought to respond to it, or while some might want to be caught up with salacious gossip, the important thing to be borne in mind is the tremendous loss and how devastating this must be for Pastor and Mrs. Warren. And while many might not agree with Pastor Warren's views on some societal concerns, it would be uncivil not to feel some sympathy for his loss. Not even one's enemy's should have to go through that which his family is going through right now. We commiserate with the Warrens and all those mothers and fathers who have had to bury their children before their time. We stand in solidarity with them and use the opportunity to not take our own children for granted, but to let them know that we love them and to renew our commitment and responsibility toward them.


Posted by Ric Couchmam at 5:08:00 PM
Email ThisBlogThis!Share to TwitterShare to FacebookShare to Pinterest