No Weapons Supply = No Civil War 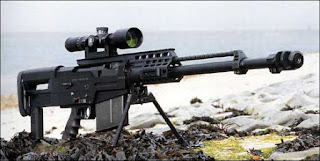 I am not sure whether the competing powers have any desires to see the end to the civil war in Syria. The war seems to be escalating with no apparent end in sight. Well, what else do we expect; President Assad is being supplied with arms by Russia and Iran, and the rebels are being supplied with arms by the Arab and Turkish governments, with the CIA clandestinely helping out behind the scenes (see New York Times article). There is an easy way to end this war, and it does not take a "rocket scientist" to figure out the way to do so. If  Russia, Iran, and the Turkish and Arab governments were to stop supplying the belligerents with arms they would soon run out and as a result would be forced to bring the civil war to an end. The current approach only keeps the war going, resulting in the senseless loss of lives. There is also the danger of the war widening to include other nations. Just recently Israel issued a warning to Russia that it might take action to stop that country's shipment of arms to Syria. There is a lot of machismo going around, and if this crazy scenario continues, somebody is apt to do something stupid. What the f&*k is wrong with these people. This sh#t gets crazier and crazier by the minute.

Posted by Ric Couchmam at 7:33:00 PM
Email ThisBlogThis!Share to TwitterShare to FacebookShare to Pinterest