One Hell of a Fighter 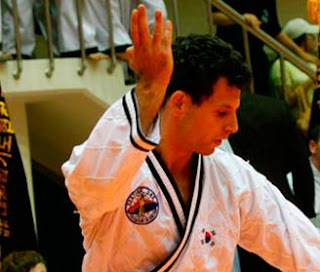 Yes indeed! Jon Kleineman is one hell of a fighter, but he is also one hell of a person. But he is not just a fighter in combat sports, military combatives, or traditional martial arts; he has demonstrated the ability to fight and win in life battles as well. In the end it is overcoming and winning in those battles that matter. Jon's list of credentials and accomplishments is incredibly mind-blowing. One cannot read it and not be awed by what this man has achieved. A fourth degree black belt and an instructor of civilian, military, and law enforcement personnel, Jon first started to realize his dream when he won the gold medal at the 1997 World Hapkido Games in Korea. At the time he was only 21. Jon's defining characteristic is his dedication and commitment to achieving and maintaining excellence in the combative arts and to sharing his knowledge with others. You see, I know Jon Kleineman personally. He was a former student of mine, and one thing I can say about him is that he is a good man - a good person. His humility, his kindness, and his gentle compassion and concern for others complement and perhaps surpass his excellence as a fighter. Despite all his achievements,  Jon's singular goal is to reach out and be an inspiration to people who are faced with their own individual fights in life. His biggest fight came when his own mother died, presenting the true test of his resilience and resolve. And like in all his other fights, he was able to come out victorious, using his loss to continue to be an inspiration to others. As he said to me recently, "It was the reason I took up fighting in my younger years - so that I could confront my own inner demons and also to become an inspiration to others, showing them that they too can successfully fight and overcome theirs." And it is his desire to reach out to young people that motivates him to get up each new day. Jon currently owns and operates his training center, "Evolution Academy", in Cliffside Park, New Jersey, USA. You can find out more about his training center by visiting his website at http://www.evolutionacademy.com/


Posted by Ric Couchmam at 12:44:00 PM
Email ThisBlogThis!Share to TwitterShare to FacebookShare to Pinterest