Stephen Hawking, the Palestinians, and Israel 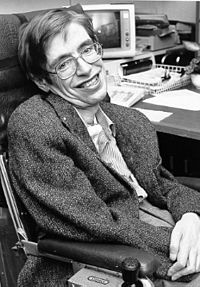 I believe in the free exchange of ideas and in the principle of academic freedom. I also believe in the principle of justice and will readily speak out against injustice, oppression, violence wherever and whenever these might be manifested. I also believe in the free exercise of conscience and the freedom to act based on the dictates of conscience. Where am I going with this? Well, about a week ago it was reported that world renowned scientist, cosmologist, and theoretical physicist, Stephen Hawking, announced his decision to boycott the upcoming Annual Presidential Conference in Israel, an important event bringing together academicians from various disciplines around the world. Mr. Hawking's decision stems from his concern about the Israeli government's policies towards the Palestinians. Many people were supportive his decision, and many others opposed it. His decision to boycott the event was a free exercise of his conscience, and whether one agrees with him or not is of no consequence. Mr. Hawking was faced with choosing between two key principles - the principle of academic freedom or the principle of non-support for a government that has set in place unjust policies for a particular people group. Neither of these two principles are in opposition to each other; Mr. Hawking simply felt that under the circumstance choosing one above the other is appropriate. Whatever his choice, he cannot be faulted for making it. He acted from the dictates of conscience.

Posted by Ric Couchmam at 4:03:00 PM
Email ThisBlogThis!Share to TwitterShare to FacebookShare to Pinterest