Did It Occur To You To Consult Us Mr. President? 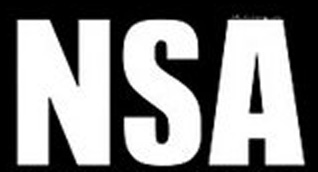 I feel sympathy for President Obama on this recent issue of the government's acquiring the phone records of Americans (Yes, Neville, you heard me correctly. Yes, I am sympathizing with President Obama.). I am not going to jump on the bandwagon of support for the government's doing so nor am I going to jump on the bandwagon of criticism. I see the President as having to make the choice between two principles - ensuring national security or not compromising the civil liberty of individual privacy. I do not envy his position; that is why I am not President. I would not be able to make that choice. Both of those principles are good. But when weighed against the other, one is hard pressed to determine which ought to take precedence. In this case, I believe the President chose the principle that he felt was most important. I cannot fault him for that. I would not like to be in his shoes. He made the choice on the side of ensuring national security; he has to live with that decision. I respect him for the decision he made.  However, I would say to him that he should not take the American people for granted. He should have at least, once confronted with having to make the decision, consulted the American people. We are not stupid. He should have consulted us about the dilemma he faced. It would have shown that he was not taking us for granted but that he respected us as the people under his govenance.  We would understand. We would probably have erred on the side of allowing the inconvenience of a compromised privacy.  So Mr. President, we know that sometimes you will have to make tough decisions, but please do not take us for granted. Take the matter to us. You might find that we will perhaps be on the same page with you.

Posted by Ric Couchmam at 9:39:00 PM
Email ThisBlogThis!Share to TwitterShare to FacebookShare to Pinterest