Other Things As Important As Carnival and Soccer 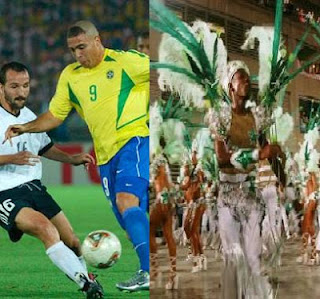 Make no mistake about it, in the recent weeks the people of Brasil have made it clear that they are not to be taken for granted by those they elected to lead them. It also became clear to the rest of the world that here is a people who, while known for their passion for football, carnival, and having a good time, were also deeply conscious of their socio-economic needs and the importance of having these needs met in the greater society. The catalyst for their nation-wide protests, which for the most part were largely peaceful, was the increase in subway and bus fares. However, Brasileiros' frustration had already been built up from having experienced almost a generation of corruption, financial irresponsibility, and indifference from their elected officials. And also the billions being spent (also mis-spent and pocketed) on building facilities and infrastructure to host the World Cup while hardly any effort seemed to be put into taking care of the public interests such as health care, education, etc. When you have Brasileiros (unbelievably!!!!!) calling for a boycott of the World Cup in their own country, you know that they are not playing around and that this is serious business. In the end, this growing protest movement, unaffiliated with any political party or group but entirely energized by the people's will was able to bring about a lowering of bus and subway fares in the major cities of Sao Paulo and Rio de Janeiro. Brasil's elected officials took notice, but the rest of the world has also taken notice. Governments around the world have no reason to feel comfortable at this time. People are starting to feel that enough is enough.

Posted by Ric Couchmam at 4:35:00 PM
Email ThisBlogThis!Share to TwitterShare to FacebookShare to Pinterest