The Bearded Man With the Serious Face 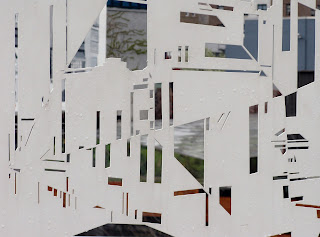 There are many things about my father that I wanted to be and have become, and there are other things about him I would never emulate. Even though he was a part of my life for my first eighteen years, I felt like I never really knew the man. He was a good father for sure. He took care of his responsibility to his family, but he and I never had a meaningful relationship. I was always the object of his discipline, and that probably had something to do with my being the eldest of his five children or that I was just plain "bad". I believe it was the latter. I was happiest in the home when he was away at work. Nonetheless, I watched him and learned from him. I saw his self-sacrifice on behalf of his family. I saw his passion for that which he believed in and his willingness to put his life on the line for it. It was because of his passion for political philosophy that I started reading Plato at age twelve. I saw his fortitude in the face of crisis. I saw and heard expressions of his atheism ("There is no God; I am God.") and his theism and his quest for understanding the holy. And it was perhaps that last bit that left an impression on me and that was the catalyst of my own quest. But I also saw his weaknesses, and I vowed never to be like him in those regard. I didn't love him (Fortunately, nowhere does it say that such is required of children.), but I both liked and disliked him. I believe that I continued the legacy of the positive things of his fatherhood and made up for his deficiencies in the way I brought up my own children. Maybe one day he and I will meet and have a conversation about those things.

Posted by Ric Couchmam at 4:43:00 PM
Email ThisBlogThis!Share to TwitterShare to FacebookShare to Pinterest