The Off-Springs They Spawned 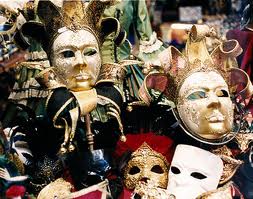 Not what I expected!  On the first stop of our Europe vacation this summer we were greeted by a black cleaning woman at the Dusseldorf airport in Germany. Following that stop, for most of our first seven days cruising around the Mediterranean with stops in Genoa, Rome, Palmero, Majorca Island, Ibiza, and Ville France, we were served by Asians (Indonesians and Indians) and Brasilians.  During the second leg of our vacation with stops in Genoa, Florence, Venice, and Milan we came into contact with many Asians and Africans.  In fact, it seemed that the bus-boys in those major Italian cities were chiefly Asians, particularly Indians, and at one point in our walk through a part of the city of Venice we felt as if we were walking through a bazaar in an Indian city - most of the businesses seemed to be run or staffed by Indians.  It was easy for us to get around the cities, as there was always an Indian nearby whom we could ask for directions since they spoke English. So, what did we expect?

We had expected to be inundated with white Italians; instead, there were people of color almost everywhere - immigrants perhaps? This is a phenomenon that can be observed in most developed countries, especially those countries that through colonialism exploited countries in Africa, the Middle East, South America, the Caribbean, and Asia, leaving those countries underdeveloped, poor, and robbed of their resources. And not only did they plunder those countries, they denied (and still continue to deny) the people of those ravaged lands access to their countries in Europe and North America through stringent immigration policies. But it appears that the supposedly civilized western nations cannot get rid of the illegitimate off-springs they spawned (like Victor Frankenstein's Monster) through their ruthless and rapacious colonialist and neo-colonialist policies.  Despite measures they implement to prevent it, these off-springs show up in droves on their doorsteps - selling meaningless "made in China" commodities on their streets, bussing in their restaurants, cleaning their toilets, driving their taxis, and doing countless jobs that the citizens consider menial.


Posted by Ric Couchmam at 6:57:00 PM
Email ThisBlogThis!Share to TwitterShare to FacebookShare to Pinterest