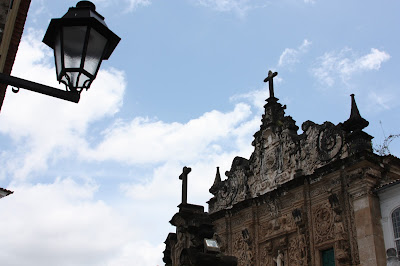 The Evangelical Church (and its leaders) can, along with other religious institutions, be an immensely powerful voice for change in today's world. Unfortunately, that voice is sadly muted on matters of grave importance. Instead, the Evangelical Church seems more interested in having homosexuals and atheists in its cross-hairs, often engaging in debates about homosexuality and in meaningless debates to prove the existence of God than on matters of injustice, oppression, and the root causes of poverty, etc.  If its leaders do speak, it is often in generalities, without calling particular individuals or specific institutions to account.  Prayers it offers in abundance; in practice, it is deficient.  It is so caught up with "heavenly" matters that it is almost of no earthly use.  Its theologians lecture and write about relevance and contextualization and public theology, and such concepts stay hidden in their lectures and in their books and in their sermons and in their dissertations. And while the Evangelical Church and its leaders are caught up with superficialities, rulers and governments show contemptuous disregard for international law; oil, natural-gas, and mining companies devour the resources of poorer countries; the Israeli government gets a free pass on its oppressive policies in the occupied territories; banks and financial institutions hold citizens and poor countries in their debt-grip of neo-serfdom.  And in all this, the Evangelical Church remains incredibly silent.  It must make its voice heard. Merely praying for peace and justice does not cut it.  It must call heads of states and their governments, financial and banking institutions, mining companies, and the military industrial complex to account. It must individually name them and demand that they vigorously pursue peace and justice.

Posted by Ric Couchmam at 3:30:00 PM
Email ThisBlogThis!Share to TwitterShare to FacebookShare to Pinterest