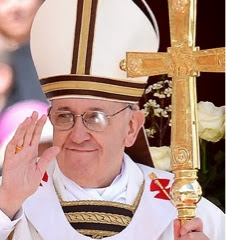 That is what some conservative critics are charging.  As if holding Marxist views is a bad thing.  In some circles it is considered a bad thing - equated with that which is evil.  In response to his critics, the Pope emphasized that he is not Marxist and expressed that Marxism was wrong.  Many people erroneously identify Marxism as a political, economic, or social system.  Marxism is not any of those systems; it is basically a methodology for analyzing socio-economic realities.   I disagree with the Pope that Marxism is wrong.  Some of its tenets ought to be called into question; however, some of its claims ought likewise to be given consideration.   I do not believe that the Pope, in his Apostolic Exhortation, was taking a position against Capitalism as an economic system.  In fact, he validated business enterprise as an honorable pursuit.  What he decried was a Capitalism gone amok - unfettered and out of control.
Posted by Ric Couchmam at 1:58:00 PM
Email ThisBlogThis!Share to TwitterShare to FacebookShare to Pinterest