The Curse of Everlasting Life 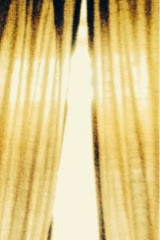 Immortality, physical longevity, if this were offered to me I would reject it.  It is that which many would love to have.  So too did Gilgamesh, king of Uruk in ancient Mesopotamia.  He witnessed the death of his dear friend, Enkidu, and became afraid.  Thus he set out on his epic journey to find Utnapishtim the Faraway, the only human who possessed Everlasting Life.  The Gods had given it to him after the Flood.  Gilgamesh believed that the one called the Faraway would give him the secret of Everlasting Life.  After a long, arduous, but life-changing journey, Gilgamesh found Utnapishtim, but he refused to reveal to Gilgamesh the secret of Everlasting Life.

Utnapishtim's wife, out of pity for the weeping king devastated at not having the secret shared with him after traveling so far, convinced her husband to tell Gilgamesh the secret.  Before telling Gilgamesh where the Everlasting-Life-giving plant could be found he shared with him the story of how he came to have Everlasting Life.  That which Gilgamesh perceived as a blessing was nothing but a curse given by the Gods to Utnapishtim as a punishment for having escaped the Flood They brought about to destroy humanity.  Utnapishtim's story of perpetual loneliness and of having to witness (forever) human suffering and death on a variety of scales convinced me of the foolhardiness of the pursuit of Everlasting Life.  But not Gilgamesh; he was not convinced.  He chose to go in quest of the plant that would give him immortality, but that...is another story.

Posted by Ric Couchmam at 11:15:00 AM
Email ThisBlogThis!Share to TwitterShare to FacebookShare to Pinterest