Science, Technology, and the Environment --- 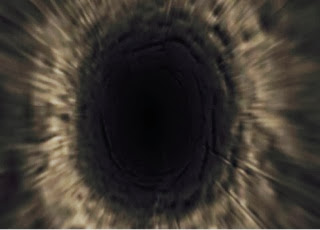 In an attempt to resolve the so-called "firewall paradox" as it relates to black holes, Stephen Hawking proposed that event horizons do not exist and posits instead an "apparent horizon" that allows for the possibility of escape from these black holes.  The implication for this then is that black holes do not exist in the way we used to think they do.  With those propositions, recently presented in a paper titled, "Information Preservation and Weather Forecasting for Black Holes", Hawking created quite a stir in the world of Theoretical Physics.  In my own little world, what Hawking's new theory does is effectively demolish my own fascination with the idea of the black hole as this 'thing' that pulls everything in and from which nothing can escape.  Now he is saying that light may be able to escape from a black hole.  Oh well!

Now while everyone seems to be caught up with Mr. Hawking's new theory and headlines boldly declare the non-existence of black holes, my attention has been drawn to something else, something by which I am extremely fascinated - Mr. Hawking's paper.  What fascinates me about Mr. Hawking's paper is that I am able to read it and that I am able to understand it.  When the news of his new theory first broke a few days ago and his paper was referenced, I attempted to locate it to read it for myself.  Of course I expected some 50 plus page paper with a whole lot of abstruse gobbledygook.  It was not the case.  Now this is the other fascinating part...The paper was only 4 pages!  I couldn't believe it.  And I could understand it too!  The point here is not to highlight my comprehension of deep and complex scientific material but to highlight Hawking's bringing such material down to the level of the ordinary person.  Hurrah for brevity and simplicity.
Posted by Ric Couchmam at 10:09:00 AM
Email ThisBlogThis!Share to TwitterShare to FacebookShare to Pinterest