I Chose "The Past" 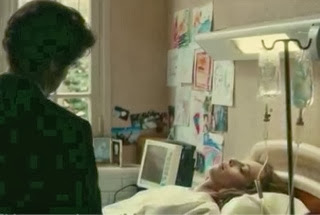 This past Friday things did not work out as planned, and as is my custom whenever I lose my bearings, I embarked on a spending spree (which I always end up regretting) and then headed to the cinema afterwards.  The last time that happened was about two years ago, and on that occasion I ended up seeing "Searching for Sugarman".  This time it was the same cinema, and the much talked about "Twelve Years a Slave" was that which I was considering.  I thought for a while about seeing it and then had one of those moments in which Socrates' notion of the few and the many came to mind.  In his dialogues Socrates always eschewed the opinion of the many,  and in this case I figured that a lot of the talk about how good the movie is was mere parroting from one person to the next. I also had a strong suspicion that the movie industry's powers-that-be were probably pushing the film as well.  I decided to do a Robert Frost.  "I took the road less traveled," giving up on the hugely touted, "12 Years a Slave",  and indeed, "that...made all the difference."  That "road" was Iranian film director, Asghar Farhadi's film, "The Past", a simple yet powerful film about a woman seeking to finalize divorce proceedings with her estranged husband while her soon-to-be husband struggles to deal with his comatose wife (rendered so on account of an attempted suicide).  And my God! What a powerful ending. Did she squeeze his hand or didn't she? I chose to think she did.  But you will have to see the film for yourself to understand why I ask that question.
Posted by Ric Couchmam at 5:07:00 AM
Email ThisBlogThis!Share to TwitterShare to FacebookShare to Pinterest