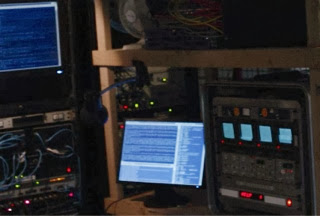 Last Friday, January 17, President Obama gave a speech at the US Department of Justice in Washington, DC.  I did not watch the televised speech, but I did read the full transcript.  The speech, billed as a major speech, was supposed to announce reforms to the National Security Agency's surveillance program.  Well, that was a complete waste of a good 45 minutes.  The speech was far from major.  The President could have simply said, "I find nothing wrong with NSA's surveillance program" and just walked away from the Presidential podium to go do some meaningful work.  That is what his speech said in sum: The NSA surveillance is fine; there is nothing wrong with it.  I found the President's talk of reform later in his speech ridiculous, for if he believed NSA was doing a good job then there is no need for reform. The mention of reform in his speech (a few meaningless review boards here and there) seems more intended to act as a palliative for those who are opposed to the illegal activities of the NSA.  Sorry, that won't work; people aren't stupid.  In fact, one can anticipate, given the President's tone in that speech, not reform of the surveillance program but an expansion of the surveillance program. So, brace yourselves, people, it is back to business as usual (and then some) for NSA.
Posted by Ric Couchmam at 6:16:00 AM
Email ThisBlogThis!Share to TwitterShare to FacebookShare to Pinterest