Pope Francis: The Key to Building a Just Society 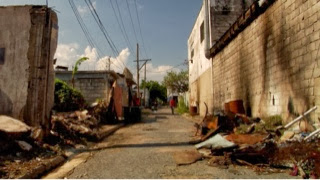 Brotherhood.  Brotherhood (or Fraternity) is the key to peace and justice.  So said Pope Francis in his message given on New Year's Day for the Celebration of World Peace.  As promised, the following is a summary of his message.  I would prefer that you read the message for yourself by clicking here: However, for those of you who prefer a truncated and snapshot version of the message, here goes:

There can be no justice or peace without Fraternity.  This acceptance of and care for each other begins in the family and transcends globalization which merely makes us indifferent neighbors and makes us inured to the suffering of others.  Inequality, poverty, and injustice are the clear signs of the lack of Fraternity.  At the root of our disregard for Fraternity is Selfishness which is also at the root of all wars and injustice.

Fraternity, both at the individual level and at the level of nation states, is generated in self-sacrifice and is manifested in the duty of solidarity, the duty of social justice, and the duty of universal charity.  It is the pre-requisite for effectively fighting and defeating poverty.  It preserves and cultivates nature, and it extinguishes corruption, violence, and war.  Fraternity is ultimately the promotion of a more humane world for all.
Posted by Ric Couchmam at 2:57:00 PM
Email ThisBlogThis!Share to TwitterShare to FacebookShare to Pinterest