A Friend's Response to My "Buddhism - Violent?" 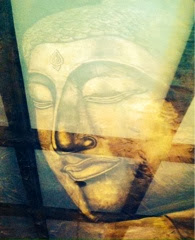 I couldn't resist.  Being a practicing Buddhist I had to remark.  I do not, for the sake of neutrality and my own personal sanity, discuss religion or politics on line here publicly.  It is not my forum of choice.  I consider FB playtime, not a platform etc... Anyway, a few thoughts. Myanmar is predominantly Buddhist, not solely Buddhist. The Buddhism practiced here, from the cultural perspective is Theravada Buddhism.  I am not an expert on the many different strains of Buddhism.  Suffice it to say, there are differences introduced via culture, geography and yes, the political landscape which forms the context in which actions play out.  Please understand, I am not defending nor condemning anything, just interjecting some information. I am also not trying to put forth a justification of any action by any group or person. Buddhist teachings, in the most general context is generally consistent across all the various sects and there are differences across the varied cultures in interpretation, methods and results.

Now, ask any buddhist if these ideals are worth fighting for.  Most would say yes.  Surprising?  No, not really.  For example, if a single Buddhist met a dictator and knew of this dictators plan to murder thousands or millions of people, for the sake of non-violence and tolerance would the Buddhist let that dictator go on his way? Or, for the sake of the potential to alleviate the suffering of possibly millions of people, would the Buddhist kill the dictator?  I'll bet then that the dictator would be murdered by a Buddhist.  Also, historically, Buddhist cultures have hired armies to fight wars for them.  Anytime you mix, religion (not buddhist), philosophy (buddhist) and politics, different cultures and the main ingredient, PEOPLE, it is messy. I know I am being overly simplistic and not going into any great detail. There are for sure many shades of gray here. Too many for an intended short blurb.

Now, for the point I am trying to make.
1 - At the top of your post, you generalized, "Intolerance in Buddhism??". Then got specific "in At least Buddhism that is practiced in the state of  Rahkine in Myanmar" and then near then end drifted back into a generalized "Buddhists intolerant of Muslims".
2 - One can not underestimate the affect of politics and culture on any philisophical or religious practice.
3 - The main ingredient, People.  People are not perfect regardless of their beliefs.

I look at it this way.  Some people 'are' Muslim, some people 'are' Catholic, some people 'are' Jewish' some people are 'insert religious group'.  Some people 'practice' Buddhism.  It can take many many many lifetimes for a sentient being to attain what the Buddhists term as enlightenment.  Some may never become enlightened.  But most will keep on practicing until they hopefully get there.  There is a book of particular worth, considering the history of Buddhism, written by a man named Robert Thurman - 'Essential Tibetan Buddhism'.  Notice Tibetan, not Myanmar.  But, Robert Thurman lays out a very concise context for Buddhism in general.

Now, on to read up on the issue in Rakhine.  I really want to understand if it is due to the fact that they are Buddhist vs. Islam or if it is one 'culture' vs a different 'culture' and one happens to be Buddhist and the other happens to be Islamic.

[Photographic Art by Ric Couchman]
Posted by Ric Couchmam at 6:07:00 AM
Email ThisBlogThis!Share to TwitterShare to FacebookShare to Pinterest