I'm Writing A Blog, Mr. President, Not Sending An Email 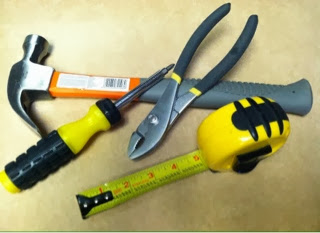 About a week ago President Obama gave a speech (link) at a GE Facility in Wisconsin.  In his speech he attempted to promote a program of training to provide skills that would make it possible for individuals in the U.S. to acquire employment in the manufacturing industry.  At one point in his speech, the President seemed to imply that the acquisition of a Degree in Art History was a vain pursuit compared to the acquisition of a trade skill.  He also said to those in attendance, "...you can make a really good living and have a great career without getting a four-year college education as long as you get the skills and the training that you need."  In all fairness to the President, he did not appear to be minimizing the importance of pursuing a four-year college education, but I found myself puzzling over and scratching my head at his statements.   Something just didn't sound right.

As I thought about writing this blog I considered giving it the title, "You Don't Really Need a College Degree ", but I immediately discarded that thought, for I felt that it would have been disingenuous of me to do so.  Now under most view-points there is an underlying principle upon which each of those view-points stand.  I determined that the principle underlying the President's statements might be that the purpose of education - the purpose of a four-year college degree - is to make a good living - presupposing a good earning.  It also seems that the President is implying that as a universal principle.  Now it is the case that some individuals might pursue a four-year degree to make a good living, but there are also many individuals who pursue such a degree for primary purpose other than to make a living.  I hesitate to say that the pursuit of a four-year college degree should be for this or that purpose.  I would leave that entirely to the individual.  As such then, I would not be so presumptuous to qualify one degree over another or the pursuit of a degree over the pursuit of a trade.  To each his own.

[Photographic Art by Ric Couchman]
Posted by Ric Couchmam at 6:06:00 AM
Email ThisBlogThis!Share to TwitterShare to FacebookShare to Pinterest